We must explain to you how all seds this mistakens idea off denouncing pleasures and praising pain was born. 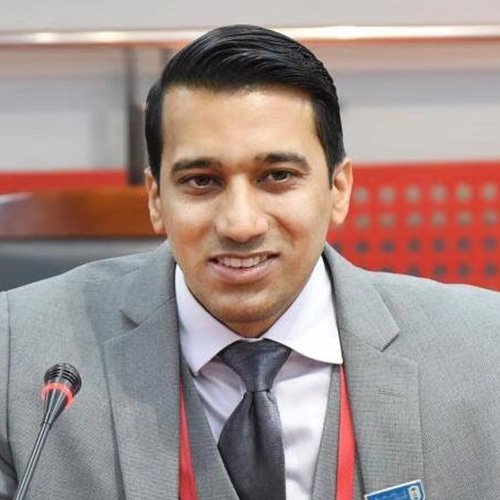 Prof. Muhammad Khurram Khan is a global thought leader and influencer in Cybersecurity. He is a Professor of Cybersecurity at the Center of Excellence in Information Assurance (CoEIA), King Saud University, Saudi Arabia. He is one of the founding members of CoEIA and has served as Manager R&D from March 2009 until March 2012. He, along with his team, developed and successfully managed the Cybersecurity research program at CoEIA, which turned it into one of the best centers of excellence in the region. He is founder and CEO of the ‘Global Foundation for Cyber Studies and Research’, an independent and non-partisan cybersecurity think-tank in Washington D.C, USA.

He is the Editor-in-Chief of a well-reputed International journal ‘Telecommunication Systems’ published by Springer-Nature for over 27 years with its recent impact factor of 2.314 (JCR 2021). He is also the Editor-in-Chief of Cyber Insights Magazine. Furthermore, he is on the editorial board of several journals, including, IEEE Communications Surveys & Tutorials, IEEE Internet of Things Journal, IEEE Transactions on Consumer Electronics, Journal of Network & Computer Applications, IEEE Access, IEEE Consumer Electronics Magazine, PLOS ONE, Electronic Commerce Research, and IET Wireless Sensor Systems.

Prof. Khurram is an honorary Professor at IIIRC, Shenzhen Graduate School, China and an adjunct professor at Fujian University of Technology, China. He has secured an outstanding leadership award at IEEE international conference on Networks and Systems Security 2009, Australia. He has been awarded a Gold Medal for the ‘Best Invention & Innovation Award’ at 10th Malaysian Technology Expo 2011, Malaysia. Moreover, in April 2013, his invention got a Bronze Medal at '41st International Exhibition of Inventions' at Geneva, Switzerland. In addition, he was awarded the best paper awards from the Journal of Network & Computer Applications and IEEE Systems Journal. He was the recipient of King Saud University Award for Scientific Excellence (Research Productivity) in May 2015. He was also a recipient of King Saud University Award for Scientific Excellence (Inventions, Innovations, and Technology Licensing) in May 2016.

He has published more than 450 research publications. In addition, he is an inventor of 10 US/PCT patents in cybersecurity. He has edited 9 books/proceedings published by Springer-Verlag, Taylor & Francis and IEEE. In 2019, he played an instrumental role as a cybersecurity subject expert for a USD 6 Million series B investment in a South Korean startup ‘SecuLetter’, which has received a corporate valuation of over USD 40 Million (2020).

His research areas of interest are Cybersecurity, Internet of Things (IoT) security, cloud computing security, digital authentication, cyber policy, and technological innovation management. He is a fellow of the Institution of Engineering & Technology (UK), a fellow of the British Computer Society (UK), a fellow of the FTRA (Korea), a senior member of the IEEE (USA), and a senior member of the IACSIT (Singapore). He has been a distinguished Lecturer of the IEEE (CTSoC) from 2019-2021. His research has been cited over 20,000 times with h-index 78 (Google Scholar).

His detailed profile can be visited at http://www.professorkhurram.com